Protecting Your Eye Health With Excercise 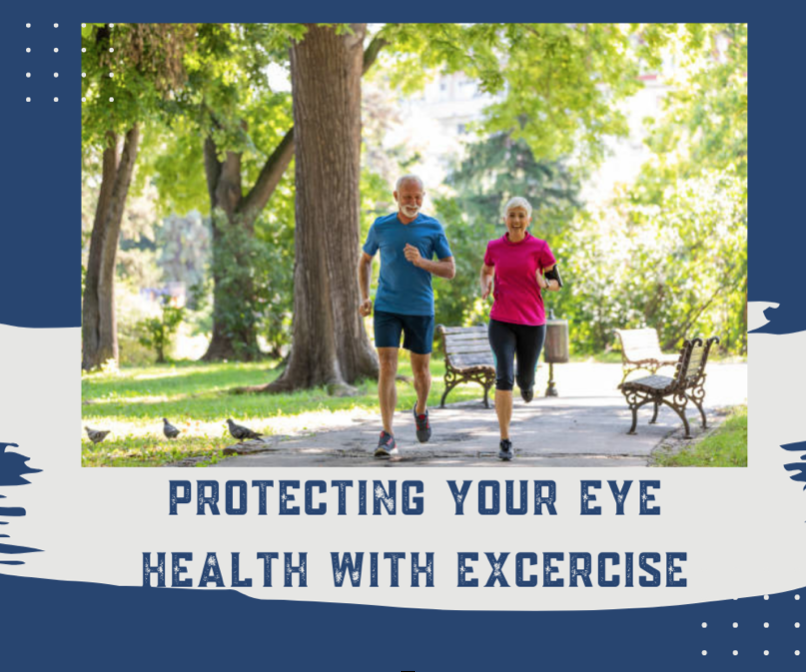 Did you know that physically active people appear to have a 73 percent lower risk of developing glaucoma? According to the American Academy of Ophthalmology, people who engage in moderate to vigorous physical activity may be able to lower their risk of glaucoma significantly. Researchers reported a 73 percent decline in the risk of developing the disease among the physically active study participants compared to those who were the least active.

Glaucoma is one of the leading causes of blindness in the United States. It is most common in people over 40. Several recent studies show that lifestyle factors can influence eye pressure.

To examine the correlation between exercise intensity and glaucoma, the researchers looked at data from the National Health and Nutrition Examination Survey, a large study that tracked adults’ health and nutritional status in the United States since the 1960s. They defined moderate to vigorous activity in walking speed and the number of steps taken per minute as measured by a pedometer. By taking 7,000 steps a day, every day of the week is considered equivalent to 30 minutes a day of moderate-to-vigorous physical activity at least five days a week.

In conclusion, the research studies determined that it is not only the act of exercising that may be associated with decreased glaucoma risk, but that people who exercise with higher speed and more steps of walking or running. This healthy activity further decreases the glaucoma risk compared to people who exercise at lower speeds with fewer steps.

Adopt a physical activity routine to protect your eyesight with two critical choices:

The content is researched and vetted by the American Academy of Ophthalmology and the American Optometric Association.

This blog provides information and discussion about eye health and related subjects. The content provided on this blog and any linked materials are not intended and should not be considered medical advice. If the reader or any other person has a medical concern, they should consult with an appropriately licensed physician.

Contact
Us
WARNING: Internet Explorer does not support modern web standards. This site may not function correctly on this browser and is best viewed on Chrome, Firefox or Edge browsers. Learn More.